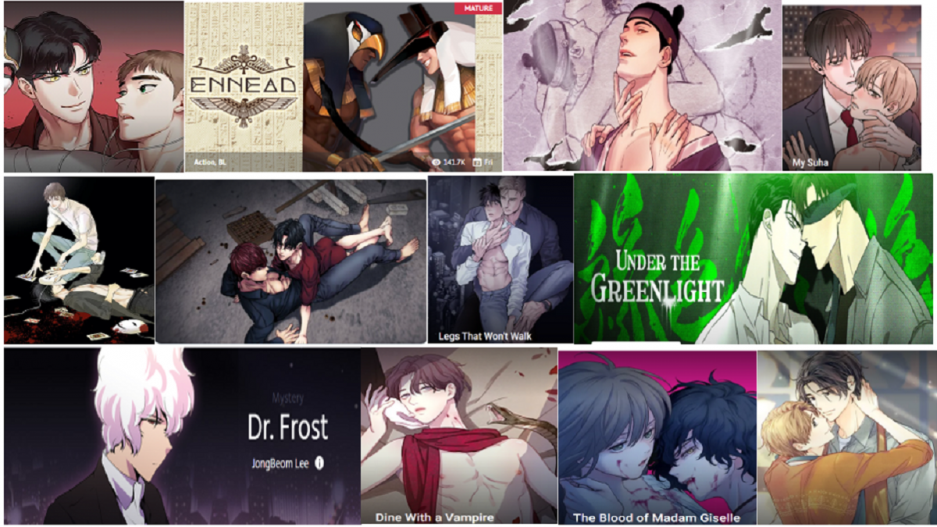 This is where you can read the manhwa. https://www.lezhinus.com/en/comic/painter But be aware that this manhwa is a mature Yaoi, which means, it is about homosexuality with explicit scenes. If you want to read more essays, here is the link to the table of contents:  https://bebebisous33analyses.wordpress.com/2020/07/04/table-of-contents-painter-of-the-night/

Since I wrote “The end of the vicious circle”, I am still trying to put all the pieces together. I had some problems with the following panels for example: 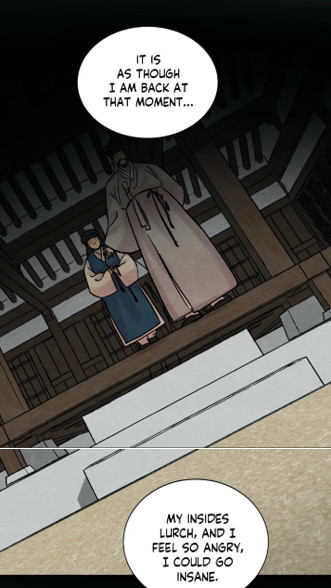 I have already found a solution, but it takes some time to elaborate all the thoughts. Hence expect that the last two essays will be updated one more time, just like a third one will be released soon. The title has already been chosen: Time and crime.

However, don’t get me wrong. All my main ideas remain the same: lord Song is the king, he was targeting Yoon Seungho and fooled father Yoon. The latter accepted to offer his son as sacrifice in exchange for the throne. But now, with my new ideas inspired by my conversation with one of my followers, I can elaborate Yoon Seung-Won’s role in the past more precisely. Then I realized that for the story is centered on father-son relationship, it signifies that Jung In-Hun plays another part as well. Don’t forget that each character has multiple identities according to my theory. As example I could use Baek Na-Kyum who was supposed an old bearded painter, than a servant or a fiancée or a kisaeng. In other words, the learned sir is more than just a “surrogate father” and “teacher”.

Simultaneously, I wanted to announce that from Monday on, I am back to school, and I won’t be able to write as much as before.

2 thoughts on “Painter Of The Night: Announcement”