This is where you can read the manhwa. https://www.lezhin.com/en/comic/painter  But be aware that this manhwa is a mature Yaoi, which means, it is about homosexuality with explicit scenes.

What have paintings and manhwas in common? Both are images drawn by creators. However, in this manhwa, paintings are in the center of the story too thereby we could say that we have two art of drawings in Painter Of The Night: the work created by the protagonist Baek Na-Kyum and the drawings made by Byeonduck.

In one of my former analyses, I had explained that each painting made by the low-born reflected his state of mind and emotions.I could mention for example the first image that the innocent man did. 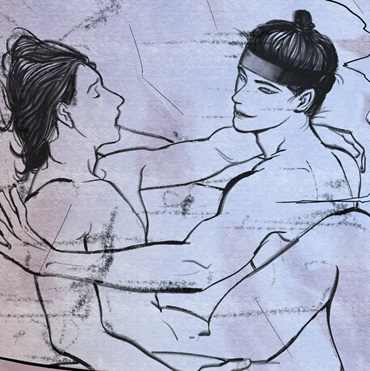 Here the painter revealed how attracted he was to Yoon Seungho so that the noble was painted looking at him. This gaze turned towards the artist unveiled how the painter wished to be desired by the powerful aristocrat. Simultaneously he was revealing the lord’s fascination for him. The reason why I write that this represented the commoner’s unconscious is based on the wet dream we saw while Baek Na-Kyum was drawing.

Furthermore the huge distance between Jihwa and Yoon Seungho could be explained that the artist wished, he had joined the lord and put himself between the main lead and the red-haired man. Remember that he wanted to take the sex partner’s place. As you can see, the first painting displayed a lot the painter’s unconscious, his sexual desires that’s why he had to destroy it. The image represented a proof of his homosexuality. In other words, the first drawing let the noble perceive the painter’s emotions and feelings hence he felt his own attraction. Therefore he could liberate himself from his negative image he had of himself.

In Art history, there is a movement called Expressionism where the painters wanted to exteriorize their emotions and their thoughts. This Art movement, inspired by the Impressionism (for more info, read my analysis about the difficult life of painters). This Art movement started in Germany at the beginning of the 20th Century. The artists used vivid and shocking colors and even abstract forms to illustrate their thoughts and emotions, as they were not interested in representing the reality. I chose this one as illustration.

As you can observe, the black is the dominant color, combined with red and green. It exudes a very pessimistic atmosphere. The common denominator of Expressionistic pictures is the rather dark and angsty attitude. It indicates Otto Dix’s negative attitude towards Church and religion. First, the Church forces the nun to deny her own femininity (see the woman on the side stroking her belly), as she is not allowed to have a child. My interpretation is the following: It was as if the veil was the cause of the woman’s decay. She was somehow rotting because she can’t live like a normal human being. We have to remember that in this period, the painters sensed that something terrible would happen and they were not wrong as 1914 marked the beginning of World War I. Because of industrialization and imperialism, there was a lot of tension between European countries. The new inventions didn’t just bring progress, the scientists were also asked to develop new weapons. From cars, German invented the first tanks, submarines and even gaz bombs which would be used during World War I. I could also add another image as illustration, the famous painting from Edvard Munch, called the Scream that is often chosen as the representative of Expressionism:

Here, again the beholder can sense the despair, the fear and negative attitude. The painter’s emotions and thoughts were influenced by their society. My point is that the paintings created by Baek Na-Kyum are somehow reflecting his emotions too. Even Seungho used a similar expression to describe the following picture: 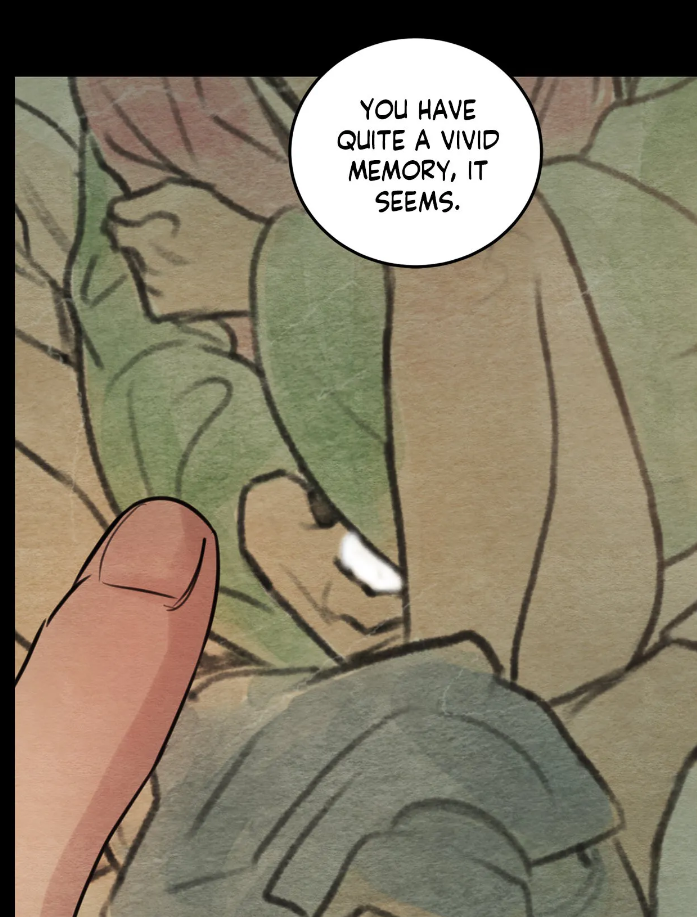 The word “vivid” is definitely characteristic for Expressionism. That’s why I connected the artist’s work with the Expressionism. Sure, the low-born lives in a different period, the industrialization had not reached Joseon yet. However, it is pretty obvious that the painter’s creations are strongly influenced by his emotions and state of mind.

But I would even go further. The painter’s inspiration is also related to his unconscious, his dreams and desires. In my analysis about the chapter 46, I explicated that the painter wished to be the teacher’s lover hence his mother sent him away

and asked his admired sir to take care of him. 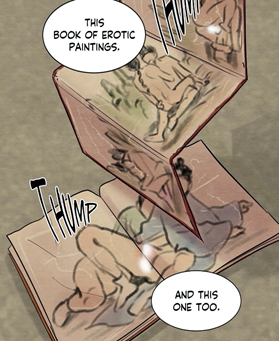 “The Surrealists sought to channel the unconscious as a means to unlock the power of the imagination. Disdaining rationalism and literary realism, and powerfully influenced by psychoanalysis, the Surrealists believed the rational mind repressed the power of the imagination, weighing it down with taboos.” https://www.theartstory.org/movement/surrealism/

As you can detect, Baek Na-Kyum’s work and the surrealism share something in common: the fight against taboos, the influence of the unconscious as a source of inspiration.

We saw how the painter had wet dreams and I used the psychoanalysis to interpret the painter’s dreams. His unconscious played a huge role in his creations, especially the first one. In my opinion, the artist had also stopped painting because the teacher had destroyed so many emotions and repressed so much his sexual desires that he could no longer produce anything. Even Yoon Seungho wondered if the painter could produce something right away and imagined that he must have lost his talents as he didn’t work for a long time. Nevertheless, the artist was able to create a really good painting right after his first sex session because the noble’s charisma did trigger his unconscious. Now, the manhwaphiles can comprehend the huge significance of the noble in the painter’s creativity.

However, the painter is facing an identity crisis. He has the impression that he is just a whore, at the same time his status is very ambiguous. He is no servant since he is wearing expensive clothes and eats fine dishes. Furthermore he is no longer allowed to work and eat in the kitchen with the staff. He has a bed reserved for a master, his study is next to the lord’s chamber. But he is not wearing any topknot, therefore he can not be considered as a master after all. Furthermore, the abandonment caused by Jung In-Hun ruined the painter’s inspiration and creativity, although the low-born already has slept with Yoon Seungho many times. Yet, what we saw was just a blank paper. 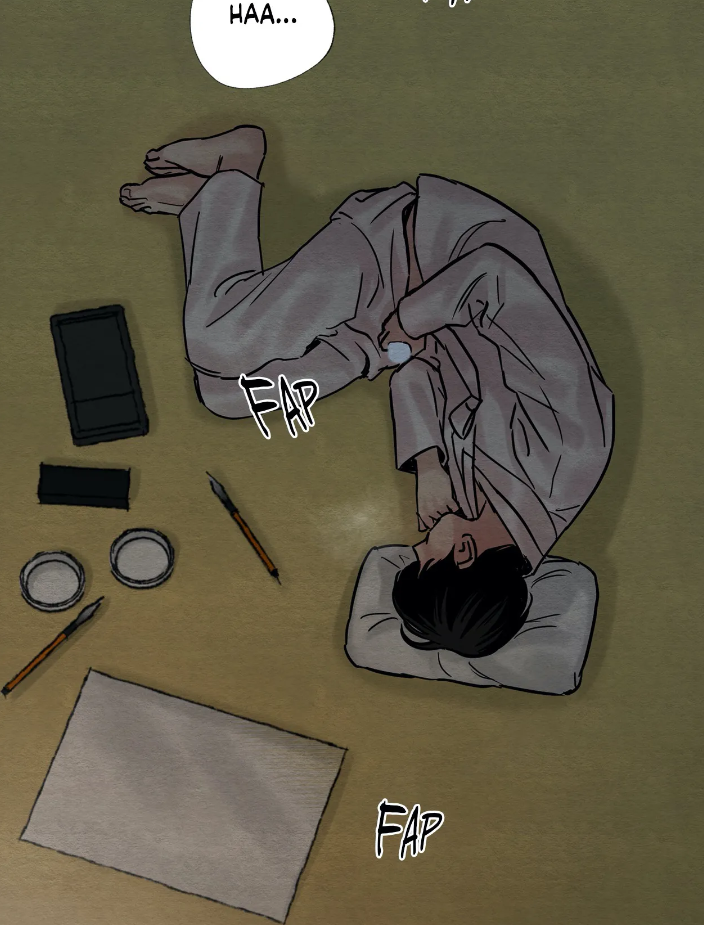 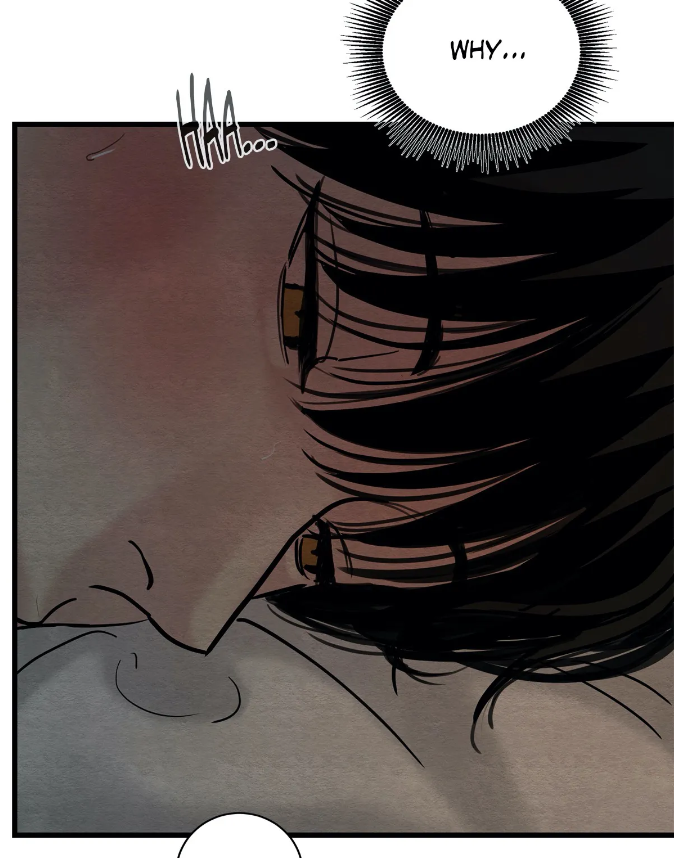 The readers can detect that he is starting to think on his own, showing that he is no longer under the teacher’s influence: this is the evidence of critical thinking, something the seme tried to initiate in the artist. 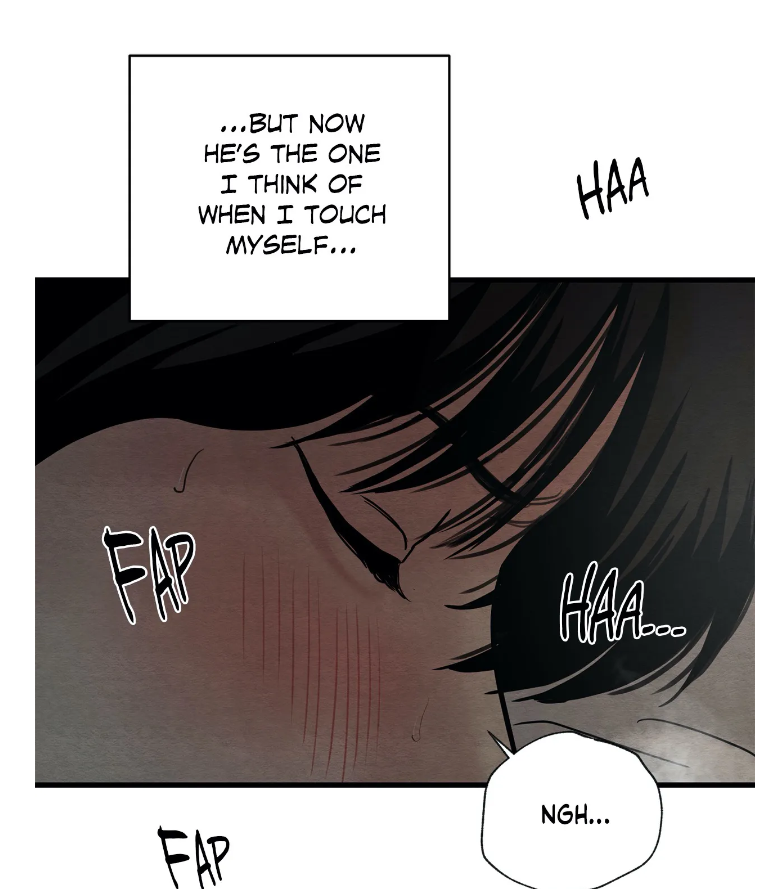 For the first time, we see him reflecting on himself. As a conclusion, we see the importance and growing influence of Yoon Seungho in the painter’s life. He was the source of his inspiration and creativity right from the start, he freed him from the scholar’s brainwashing so that Baek Na-Kyum could exercise his talent right away. That’s the reason why I was not so sad and pessimistic after reading this chapter. The main lead didn’t appear directly but through the conversation and the thoughts, he was always present. Baek Na-Kyum is a strong-willed person so that the moment he recognizes their mutual love for each other, he won’t waver due to the pressure caused by his scandalous relationship with the powerful noble. The publications showed his determination to show homosexuality as something natural and beautiful. Finally, I could reveal the importance of the painter’s emotions and unconscious in the artist’s creations.

That’s it for today. I still have more to say.

Feel free to comment. If you have any suggestion for topics or manhwas, feel free to ask. If you enjoyed reading it, retweet it or push the button like. My twitter account is: @bebebisous33. Thanks for reading and the support.